Top Book Fairs and Festivals for Authors in 2016 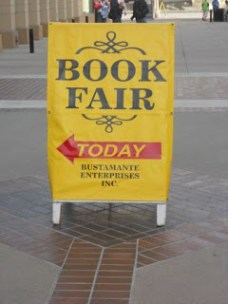 Authors, put down your pen and go explore the many book fairs and festivals around the country. You won’t be sorry!

After writing diligently for weeks and months on end it’s time to get invigorated! Nothing does the job like meeting people who love books and write books. Check out this list of book festivals and fairs authors can attend for 2016. These events are an excellent way for authors to meet book buyers and reviewers, interact with fellow authors and publishers, meet your readers and find new ones too. As an author you can network with book industry leaders, locate the help you need, such as a publicist or book editor, and learn what’s new in the marketplace.

Book fairs usually want speakers. By volunteering to speak, authors not only gain great exposure but can also add that appearance to their resume and press releases. One of my author clients was a member of a panel of authors at a Southern Book Festival. I issued a press release about it and added it to her accomplishments on her bio. Not only is she a respected author but she’s now an author admired by her peers. It’s these little things that all add up in the minds of reviewers and the media when they decide who they will write about. If you want to land a panel gig or speaking slot you must plan ahead; dates for panel participants, speakers and autograph sessions are usually arranged months in advance. 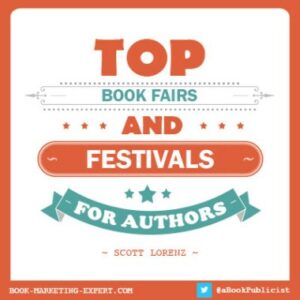 Book Fairs and Festivals Authors Should Attend in 2016

Here’s my list of upcoming book fairs and events that are worthy of your attendance in 2016 as of the date of this publishing:

1. Santa Barbara Writers Conference, June 5-10, 2016, in Santa Barbara, California. There will be more than 20 different instructional workshops each day. http://www.sbwriters.com

2. Printers Row Lit Fest, June 11 & 12 2016, Chicago, Illinois on and around the area of Dearborn Street, from Congress to Polk. A large book fair attended by more than 150,000 book lovers. http://printersrowlitfest.org

7. Writers at Woody Point, August 16-21, 2016 in Woody Point, Newfoundland. Travel to Canada and see what creativity and talent lies across the border. http://www.writersatwoodypoint.com

8. Decatur Book Festival, September 2-4, 2016, Decatur, GA, largest independent book festival in the country. Since its launch, more than 1000 authors and hundreds of thousands of people have attended this event in downtown Decatur. http://www.decaturbookfestival.com

9. The Bookmarks Festival of Books & Authors will be held in Winston-Salem, North Carolina on September 8-10, 2016. http://visitwinstonsalem.com/special-events/view/bookmarks-festival-of-books-and-authors

10. The Brooklyn Book Festival will begin September 12, 2016 and run through September 18, 2016 in Brooklyn, New York. http://www.brooklynbookfestival.org

11. The South Dakota Festival of Books in Brookings and Sioux Falls, South Dakota will be held September 22-25, 2016. http://sdhumanities.org/festival-of-books/

12. The Baltimore Book Festival will begin in Baltimore, Maryland on September 23, 2016 and end September 25, 2016. http://www.baltimorebookfestival.com

15. The Seattle Antiquarian Book Fair will be held October 8-9, 2016 in Seattle, Washington. http://www.seattlebookfair.com

The Bottom Line: Authors, put down your pen and go explore the many book fairs and festivals around the country. You won’t be sorry!

Learn more about Westwind Communications’ book marketing approach at http://www.book-marketing-expert.com  or contact Lorenz at scottlorenz@westwindcos.com or by phone at 734-667-2090. Follow Lorenz on Twitter @aBookPublicist Check his blog at: http://www.The-Book-Publicist.com