Want to Sell Your Book to Hollywood? Create a LOGLINE 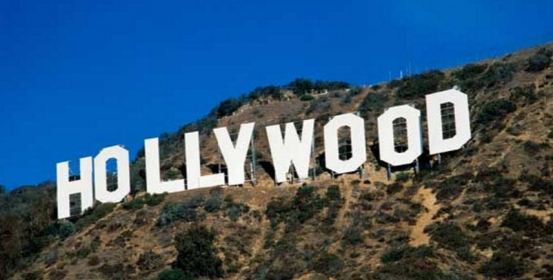 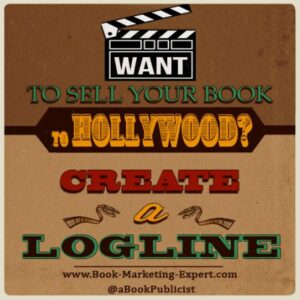 If you want to sell your book to Hollywood it’ll help to think like Hollywood producers and directors. Since everybody is so busy these days you’ll have to boil down your book to a quick pitch that answers the question: What is your book about?

Think about it, do you have a one-sentence summation of your book to tell others? Do you have the main elements of the story composed together? If not, you need a logline.

A logline is a one or two sentence description that boils down the essential dramatic narrative in as succinct a manner as possible, says James Burbidge on Raindance.org

According to John Robert Marlow, author of Make Your Story a Movie: Adapting Your Book or Idea for Hollywood, “If you want to turn your book into a movie then understand that the people who represent and purchase books and screenplays are incredibly busy. They need a way to decide which stories are worth a closer look, and which are not—without actually taking the time to read those stories. This is where the logline comes into play.”

Here’s an example of a good logline for a book from the author resource website WildSound.ca

“The Last Thing She Did” is a romantic comedy in which a ditsy writer struggles to overcome her reliance on a dead friend’s advice in order to meet a deadline.

According to Michelle Mclean, Romance and Nonfiction author, the elements of your logline should consist of Characters, Conflict, Distinction, Setting, and Action.

“A logline is a brief description of the plot of your story, which involves an emotional hook and a twist of irony. A logline organizes a story in the briefest form possible while retaining the strongest emotional effect,” said Jen Grisanti, author of Story Line: Finding Gold in Your Life Story.

“A good use for the logline is the pitch. This handy, dandy quick summary of your story is very useful in persuading agents, editors, and even your dentist that you’ve hit on a ‘wow’ premise that simply MUST be written. Better yet, if it’s already written, then it MUST be read,” said David Macinnis Gill, author and teacher.

“The logline is just as important as a creative tool as it is as a vehicle to spark an interest of others,” said Noam Kroll of Indiewire, an award  winning Los Angeles based filmmaker, and founder of the boutique production company Creative Rebellion.

“You do not need to condense your entire book into one sentence but you do need to give enough information that the agent/editor/ curious acquaintance you are addressing gets the gist of your book, and is interested enough to want more,” said Michelle Mclean.

One author’s logline gained the interest of several producers and production companies as well as a major agent. “Sometimes the logline comes to me in the middle of writing a book and other times it’s the last thing I do. Whenever inspiration strikes, I capture the words immediately,” says Tricia Stewart Shiu author of the Moa Series, a Young Adult Science Fiction Fantasy.  “Writing a logline is, essentially, communicating with gut instincts the core essence of a story. When you’re done, it should ring like a bell,” adds Shiu.

“Another use for a logline is you. A novel is a big thing. It’s difficult to hold the whole story in your mind, especially when you’ve finished a first draft and are still giddy from the flow of creative juices. Writing a logline helps you define—for yourself—the essential elements of the plot. It will also let you know immediately if major components of the plot are missing. This prevents episodic plots that are a string of (interesting and exciting) events that lack a complete story spine,” added David Macinnis Gill.

While writing your logline make sure it is brief. According to Wildsound.ca, brevity is an absolute necessity of creating a good logline, as well as choosing your focus carefully. It is important to choose the focus of your logline because it is the selling point of your book. You need to draw the readers in with action, the plot twists and turns, anything that will grab their attention and interest for more.

Your logline can also be brought to life by an actor through Wildsound.ca who’ll post it to their YouTube Channel, which draws thousands of viewers daily. They claim that agents and producers check the site for new content. It’s worth a look. http://www.wildsound.ca/logline.html
The Bottom Line:  Creating a logline is an integral part of being able to convey to others what your book is about in a quick concise manner. Master this whether your book is going to Hollywood or not.