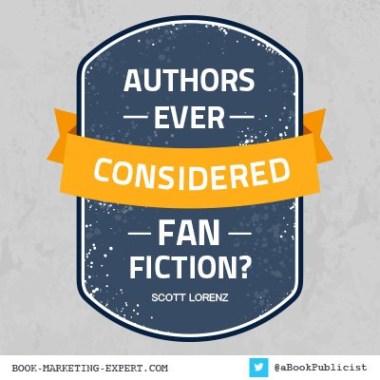 Convinced yet about the value of writing on FanFiction sites? Before you dive in check out my list of top 21 fan fiction sites and see where your work could fit in and most importantly stand out.

1. Commaful : For a different flavor of fan fiction, visit Commaful. This site takes a new and exciting spin on fanfiction, offers a unique picture book format and is ideal for shorter works.

2. Quotetv : While Quotev is a fan fiction site that offers a wide variety of fan fiction categories for readers to choose from, it’s also a platform that gives writers the opportunity to post their original poems, stories, and quizzes.

3. TONFA : TONFA is a purely Naruto centric website. It features a comprehensive archive of Naruto fanfiction. Users can read fanfiction on this site or submit their own.

4. MediaMiner : MediaMiner brings together those who are interested in reading and writing fan fiction. The three major sections of this site include fan fiction, fan art, and anime.

5. One Direction Fan Fiction : If you are a huge fan of One Direction, you’ll be pleased to find out there’s a website dedicated to One Direction fan fiction. This site offers categories such as action, romance, drama, mystery, and many others.

7. Good Reads : With over 18 million users, members of the site can share their work, about 400 of which are fan fiction. The most popular books are inspired by Twilight, Harry Potter, and Naruto.

8. FanFiction is considered to be world’s largest fanfiction archive on the web. The site launched in October 1998 and currently has well over 2 million users. The most popular sections on FanFiction are Harry Potter (675,000 titles), Twilight (215,000 titles), and Lord of the Rings (51,000 titles).

9. FictionAlley : Founded in 2001, the site boasts over 60,000 registered users. Also, in 2006, FictionAlley launched HarryPotterWiki, which was the first wiki to blend information about the Harry Potter book series’ characters, places, magic and things, with fan theories, stories, art, videos and music.

10. Wattpad : Based in Toronto, Wattpad’s monthly audience is over 10 million readers. Every minute, the site connects more than 10,000 readers with a new story. Wattpad is more about fanfic driven by celebrities and comics. There are over 100,000 stories about One Direction. You can also find fanfic about Selena Gomez, Taylor Swift, or Zac Efron.

12. Archive of Our Own : Archive of Our Own is a project founded and operated by the Organization for Transformative Works. It’s a non-profit, non-commercial archive for fan fiction of all formats, including writings, graphic art, videos, and podcasts. Currently, there are over 170,000 users.

13. Asianfanfics : Asianfanfics is mostly about Asian characters and topics that often revolve around Asian culture. One-shot fanfiction, which is characterized as stories no longer than one chapter, is very popular on Asianfanfics, with over 35,000 stories listed in the category.

14. Tumblr : You can stay logged into your favorite network and search for new, fresh fan fiction; it’s just a matter of using the right tag to search the posts, and finally picking up Tumblr posts you want to follow. Try searching #fanfic, #fanfiction, or any book title you’re a fan of and read what Tumblr has to offer.

15. FicWad : FicWad is an archive of both fan fiction and original work, launched in 2005 and managed by K&D Lynch. The site is currently in beta stage, but you are able to read the stories even if you are not a registered user.

16. Twilighted : Twilighted calls itself all-inclusive, high-quality Twilight fan fiction. Founded in 2008, the site already has a large following. The most popular, and arguably most interesting category is AU-Human: stories in which all the vampires are humans.

17. Feed Books : Feed Books features works uploaded by the site’s users into its Original Books section. You can easily upload any of the 800 fanfiction pieces to a book application or an e-reader, as they are available in mobi (Kindle), epub and pdf formats.

18. Deviant Art : There are 176,092 deviations for fan fiction, grouped in 6 categories: drama, general fiction, horror, humor, romance, and sci-fi. The most popular one, however is Not in Harry Potter, with quotes and words that should be included in Harry Potter books – but aren’t.

19. Fiction Press : This is the fan fiction site for all things sci-fi and fantasy. One unique attribute of Fiction Press is that there are many dedicated communities of authors on the site who help edit and encourage the work of one another.

20. Mibba : Mibba is a community that welcomes fan fiction and utilizes forums for help with writing and connecting with people who have similar viewpoints.

21. Sugar Quill : This Harry Potter fan fiction site favors the Harry and Ginny love match, as well as the Weasley family in general. The site was founded in 2001 and is very well organized and easy to navigate. It also has a page of daily affirmations, lest you forget.