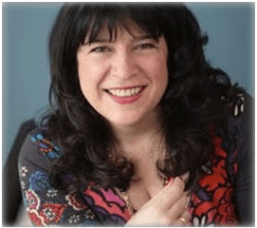 The book’s main characters are Seattle billionaire 27-year-old control freak Christian Grey and innocent 21-year-old Anastasia Steele. Grey, a self-made entrepreneur, not only controls his wildly successful businesses, but takes the reins in the bedroom as well.

With a tortured childhood fueling his dominant personality, the trilogy unravels the tumultuous relationship between Grey and Ana. So, what is it that makes this series so special that it’s flying off shelves with more than 20 million copies sold in the United States alone?

James has been wildly successful and has gained massive publicity for her work through word of mouth and media outlets alike. Fifty Shades of Grey was first published in 2011 by a small Australian publisher. It generated buzz by word of mouth after it was available as an ebook. Once the book topped the American best-seller lists in early 2012, Vintage Books bought the rights to publish both the ebook and paperback for seven figures.

Fifty Shades of Grey gained massive popularity on the web via “mommy blogs.” The Suburban Jungle raved about the book in her blog and explains, “…so many of us can’t put the series down. We have an inherent connection to the characters and may not even know it.” BabyCenter Blog’s Lindsay Weiss wrote a cheeky post titled “I have a ‘Fifty Shades of Grey’ Hangover” in which she explains her dedication to the series. “Are they tremendously meaningful literature? No they are not. Are they even exceptionally well-written? Nope. But have they kept me up until 2am for two nights straight? Yes, they have. I can’t put them down. I can’t sleep. I’d rather read than eat. And I’m cursing the time it’s taking me to write this post because it’s taking me away from the twisted plot of the book.” Weiss’ blog post received 57 responses of women raving about the books.

In an article in The Guardian, Vanessa Thrope wrote, “Mainstream publishing houses are colonising fresh territory in the next stage of an ebook revolution that is changing not only how we read, but what we read, forever. Following the success of Fifty Shades of Grey, which started out as an ebook series posted on a fan site by author EL James and has become the world’s fastest-selling book, publishers are starting to move in on the profits generated by the thriving online platforms that serve unpublished writers. In July of 2012 Pearson, the owner of Penguin Books, bought one of the largest grassroots publishers, Author Solutions, based in Indiana, in the US, for £74m. (135 Million US Dollars)The idea is that Pearson will no longer have to rely on spotting ebook hits early; instead, they will own a new author’s work from the first moment it appears on screen. This acquisition comes in the wake of Pearson’s launch last year of Book Country, a website on which fiction authors could publish their work.”

From Mommy Blogs to daytime television, Fifty Shades of Grey took the media by storm. Ellen DeGeneres featured the book on her show and Saturday Night Live did a parody of the book’s effect on women.

It’s no secret that sex sells. However, James is not selling sex. In fact, she’s selling romance, which is the best-selling category in publishing. The romantic plotlines appeal much more to women, the book’s primary fan base, than sex alone.

While various readers’ sexual fantasies and tastes may differ, most can agree that receiving lavish gifts would be wonderful. Grey showers Ana with foreign cars, the latest technology, an expansive closet filled with designer duds with price tags to match. James speaks to readers’ inner desires to experience a life in the lap of luxury.

In a USA Today article, author Deirdre Donohue explains that James gives women what they want: Christian Grey. “The 27-year-old self-made entrepreneur dropped out of Harvard (hello, Mark Zuckerberg). He is a smoking-hot Adonis (hello, Channing Tatum). He has his own security force to keep his family safe (hello, Michael Corleone). He’s also an innovative philanthropist (hello, Bill Gates).”

James is praised for her honesty and bluntness regarding socially taboo sexual desires. However, other readers feel her writing style is repetitive and lacks a certain polish.

Women have blogged about how Fifty Shades of Grey has helped them in their marriage. The books aren’t a dirty little secret hidden in bed-side tables. Instead, women are opening up and explaining how the books’ themes of love, desire, and passion have helped their sex lives and relationships.

Universal Films/Focus Features has purchased the film rights. There has been loose talk of James writing a fourth book as well. Visit E.L. James’ official website  for updates on all things Grey.