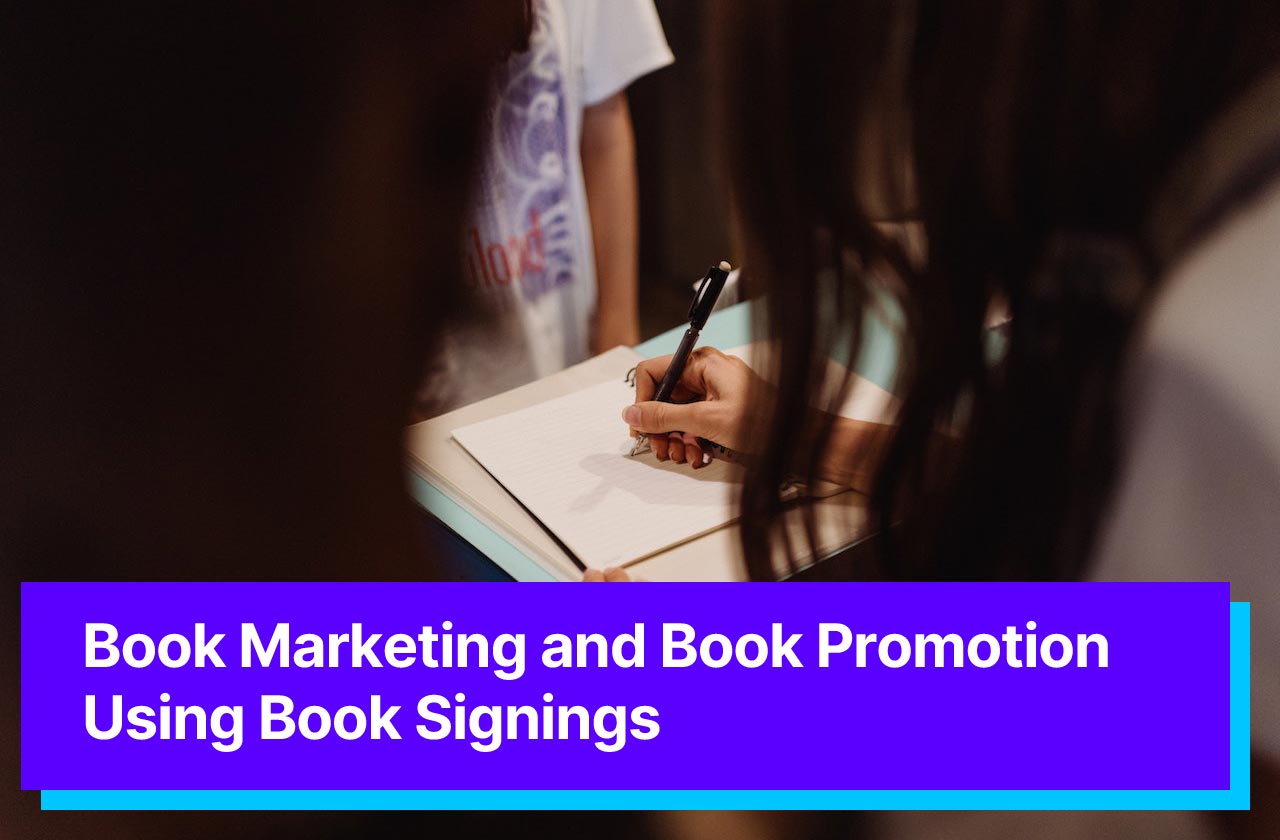 As a book publicist I have a strong opinion about book tours. Authors tend to think they are a great idea because they see Bill and Hillary Clinton, Rachael Ray, Howard Stern and other big names out on the circuit and think that’s the way to promote a book.

Frankly it’s just ONE way to promote a book and is an element in the overall marketing of a book. The reality is that unless you are well known it’ll be you, the flower vase along with your book at the little table waiting for people to approach you. Now don’t get me wrong, book signings can be very useful and even if you don’t sell books, it gives the media a reason to write about your book right now in order to promote the event. Without that reason to do the story right now, they have plenty of other books to write about since most reviewers are deluged with dozens to hundreds of books every week. And that’s where I believe book signings and book tours are most useful.

In fact, bookstores that have turned down a client will happily book them knowing a mention of their store will be in an upcoming article. Westwind Communications has obtained media coverage and then pitched a bookstore with a guaranteed mention if they book the author. This technique usually works. How can they refuse? The PR for the book signing, which can be difficult and time consuming for them is already done.

Book stores want enough lead time to put an announcement in their newsletter, get a press release out to their contacts, create flyers and in-store promotion. They hate last minute plans, and who can blame them? So, it’s important to work a few months in advance if possible. But should you get a media interview, and you know it’s going to hit on a certain date then it makes sense to pitch a book signing to the area bookstores and then get back to the media outlet to add that appearance in at the end of the story.

Book stores also like to have the book available in “their system” before booking an author signing. This means that the book has to be available on their computer when they look it up so it can be ordered through regular channels, IE their own system, Baker and Taylor etc.

There are exceptions to everything and sometimes an author can bring books into the store and sell them giving the store the profit from each book as it would expect. But that tends to throw a monkey wrench into the mix and the big national chains tend to shy away from this for one reason or another. Sometimes I believe it’s the extra paperwork it creates. In the case of a short notice booking, you may have better luck going to smaller independent bookstores where the owner is on site. It’s there where they may seize the opportunity. They tend to be more open at a chance to book an author for an in-store appearance.

The bottom line: There’s no way to know how you’ll be received in a bookstore, whether you’ll sell many books or even one book. But unless you try it you’ll be wondering. So, my recommendation is to try it. See what happens. Frankly, often what happens is something good that goes way beyond simply selling a book. You might meet a local librarian who’ll invite you to speak to a library group, or a member of a book club who’ll do the same. You may find a member of the media who’s looking for a new angle on a story, or just trying to get some feature story ideas. After you’ve done a few book signings you can see if it’s worth your time and effort. You may just be surprised.

Book publicist Scott Lorenz is President of Westwind Communications, a public relations and marketing firm that has a special knack for working with authors to help them get all the publicity they deserve and more. Lorenz works with bestselling authors and self-published authors promoting all types of books, whether it’s their first book or their 15th book. He’s handled publicity for books by CEOs, CIA Officers, Navy SEALS, Homemakers, Fitness Gurus, Doctors, Lawyers and Adventurers.