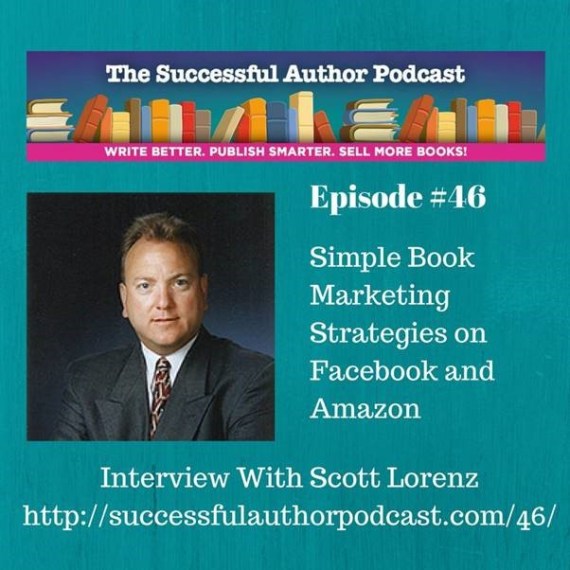 Be honest… did you think you were done with your job as an author when you typed “The End”?

Have you heard that you need to market your book, but aren’t sure where to start?

Are you overwhelmed by all the book marketing advice out there?

In this podcast where I was interviewed by a business book ghost writer, I’ll share a little about the easy things you can do to market your book—whether it’s been out for a week or a few years.

Authors: Jump on the #AmazonCart and Twitter Bandwagon NOW!

Amazon and Twitter Make it Easier to Buy Books via #AmazonCart 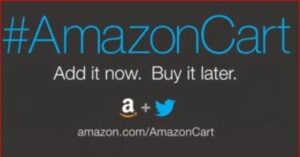 A new way to use the power of Amazon and Twitter together was announced recently that should help authors sell more books. It’s called #AmazonCart  and it combines the best elements of Twitter with the shopping and buying power of Amazon.

The way it works is that whenever anyone sees a tweet containing a product on Amazon and wants to purchase they simply reply and type the hashtag #AmazonCart and the product is automatically and seamlessly added to their shopping cart on their Amazon account. Amazon then responds on Twitter and by email with a confirmation message that the item is resting in the shopping cart.

In order to use this tool, available only to Twitter users in the U.S. and United Kingdom (“#AmazonBasket” in UK), the user must connect their Twitter account to their Amazon account. I fully expect that #AmazonCart will be readily accepted and used by impulse buyers. The purchase can be made instantly without switching to Amazon, entering a user name and password, searching for the item and adding to the cart.

Instead of liking the product and thinking about buying when done on Twitter, the potential book buyer simply adds the item to the shopping cart and continues reading and sending tweets. This makes it even easier to buy books and other goods while online and is expressed well by its marketing slogan, “Add it Now. Buy it Later.”

Twitter is not getting any revenue for adding this feature but is adding the tool as a forerunner of its expected venture into ecommerce in the near future. And the tool does help keep users on the Twitter site longer if they use it for shopping as well.  #AmazonCart will most likely increase revenue for Amazon one would hope. The significance is that authors who already promote on Twitter will now want to make sure to add the Amazon URL to all Tweets. That’ll make it much easier to get closer to actual book buyers who see your Tweets and get inspired to buy. It’s really at the perfect inflection point of inspiration and decision so start doing it today!

It would be good to experiment now with #AmazonCart to become familiar with it as a sales tool because in the near future Amazon very likely will also reach a deal with Facebook and/or Google Plus.  So if you are selling on Amazon now it is a no-brainer that you will benefit from the ease that #AmazonCart offers to impulsive buyers.

Now it is true that some upwards of 70 percent of items placed in shopping carts on retail sites don’t make it to checkout. But it still is important to get your book off the shelf and into the cart by using the Amazon URLs. As they say in hockey, you can score unless you SHOOT!
For anyone wanting to rely on #AmazonCart to sell content attention must be given to ensure that the product description provides all the information the consumer needs to push the order button. Beyond the sale, on-page content in Twitter also can result in product reviews or book reviews.
Mediabistro has already tracked the use of #AmazonCart and found that several authors are signing up by including a line in their Twitter content to simply reply and type in the hashtag.

Goodreads also has taken note of #AmazonCart and suggests it can be very helpful for self-published authors. “Self-published authors can now use the social media network to sell books directly to their fan base,” stresses Michael Kozlowski, editor-in-chief of Good e-Reader. “Often books are for sale via the Kindle Store or physical titles using Amazon Createspace, or even the audiobook edition via Audible. Authors can now tweet product links out to their followers or pay famous people to endorse the link to their book. This is a brand new marketing vertical that all authors should be embracing.”

The Bottom Line: #AmazonCart will help authors sell books. Start including your Amazon URL in your tweets. Do it today! Watch this video for more information. www.Amazon.com/AmazonCart 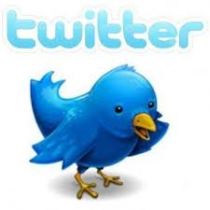 Congratulations, you’ve written a book. Good for you! Now, do you think you can use 140 characters to successfully promote it? After all, what good is your book if no one (except your family) reads it? Twitter is a great tool to utilize while shamelessly promoting your book. As with most things, successful book promotion via Twitter is an art form not to be taken lightly.

The first thing you need to do is create an account with a not-so-boring username. In my case I used what I do in the name @aBookPublicist, you could create something clever or about your book. Then you’ll need a picture or headshot, it better be a good one too, it’s the only image people will have of you so make it clean, clear, and simple.

Twitter is reminiscent of the schoolyard playground, so play nice and make friends.

Upon entering the world of Twitter, your mission is to create a following. If people aren’t reading your tweets, they won’t read your book. The best way to gain a following is to follow people. Hopefully, you’ll pique their interest so they follow you in return. It won’t hurt to do a Twitter search for the subject area of your book. If you wrote a romance novel, search topics like “love,” “relationships,” and “romance,” Follow those people, pages, or groups and maybe they’ll want to follow you.

Look up magazine editors and tweet them specifically (using the @ function) to steer their attention to you and your literary masterpiece.
You should make nice with the book industry folks like book store owners, book reviewers, librarians, and your wonderful friends at Westwind Communications @aBookPublicist and let them know what you’re up to by following them. If you have a new blog post, find an article about your genre, or have new information on a speaking engagement; let them know about it by tweeting it.

You’re an author. You should follow other authors. That way, you can get tips on what is happening in the writing world, outside of your area of expertise. You’ll learn while you are promoting and what’s wrong with that?

About writing actual tweets: You’ve written an entire book, don’t ruin it all with a bad tweet. It is important, while tweeting, that you use a catchy headline and include a link. If your tweets are stupid, boring, annoying, or uneducated, no one will read them; or worse, people will unfollow you! We simply cannot have that nonsense. So, you should be sure to use keywords that relate to you and your book, attracting “tweeps” to your page and thus gaining your book recognition.

DO NOT make every single tweet a shameless self-promotion. People don’t like that. If people don’t like your tweets, that means they will not like you or your book. Tweet interesting things you come across, your genuine thoughts, and save the self-promoting tweets for about 20% of your total tweets.

Since tweets are limited to 140 characters, each letter is very valuable. Use www.tinyurl.com to shrink up those lengthy links containing fascinating information. This will give you more room to convey your personal message and to add your own touch to the tweet.
Once you gain a following, you should reward those who were kind enough to give a hoot about you in the first place. Reward your “twitterverse” by announcing a “giveaway” and give a prize to a follower selected at random. You could make them earn their prize, perhaps by re-tweeting a tweet of yours.

Remember how I said be nice and make friends? Well, Karma will help you survive in the land of social media. Re-tweet posts from people you follow. They’ll probably be flattered and thus, more inclined to re-tweet the things you post; especially if they’re interesting and relatable!

Still not convinced all this tweeting is worth it? The media follows Twitter posts as they are searchable by Google. If someone is commenting on a current event in the news and a reporter finds your tweet, you can get quoted directly or they may call you for an interview. Trust me, as a publicist I know it works.

The bottom line: Twitter is becoming a very useful tool that all authors need to utilize. Get tweeting today.