The Incredible Story Behind the Movie The Elephant Man 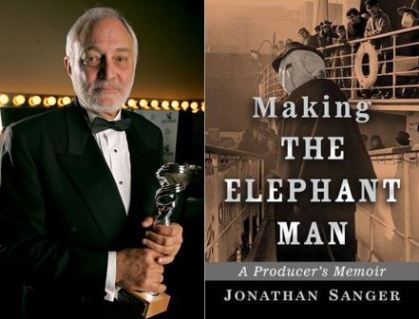 MAKING THE ELEPHANT MAN – A PRODUCER’S MEMOIR, in Paperback and Kindle is available on Amazon or on the author’s website www.JonathanSangerProductions.com  View the book trailer here: https://www.youtube.com/watch?v=6Ohr4OwPsIk

Check out this New York Post  article about Making The Elephant Man https://nypost.com/2017/02/19/how-the-inner-pain-of-a-circus-freak-became-a-surprise-hit/